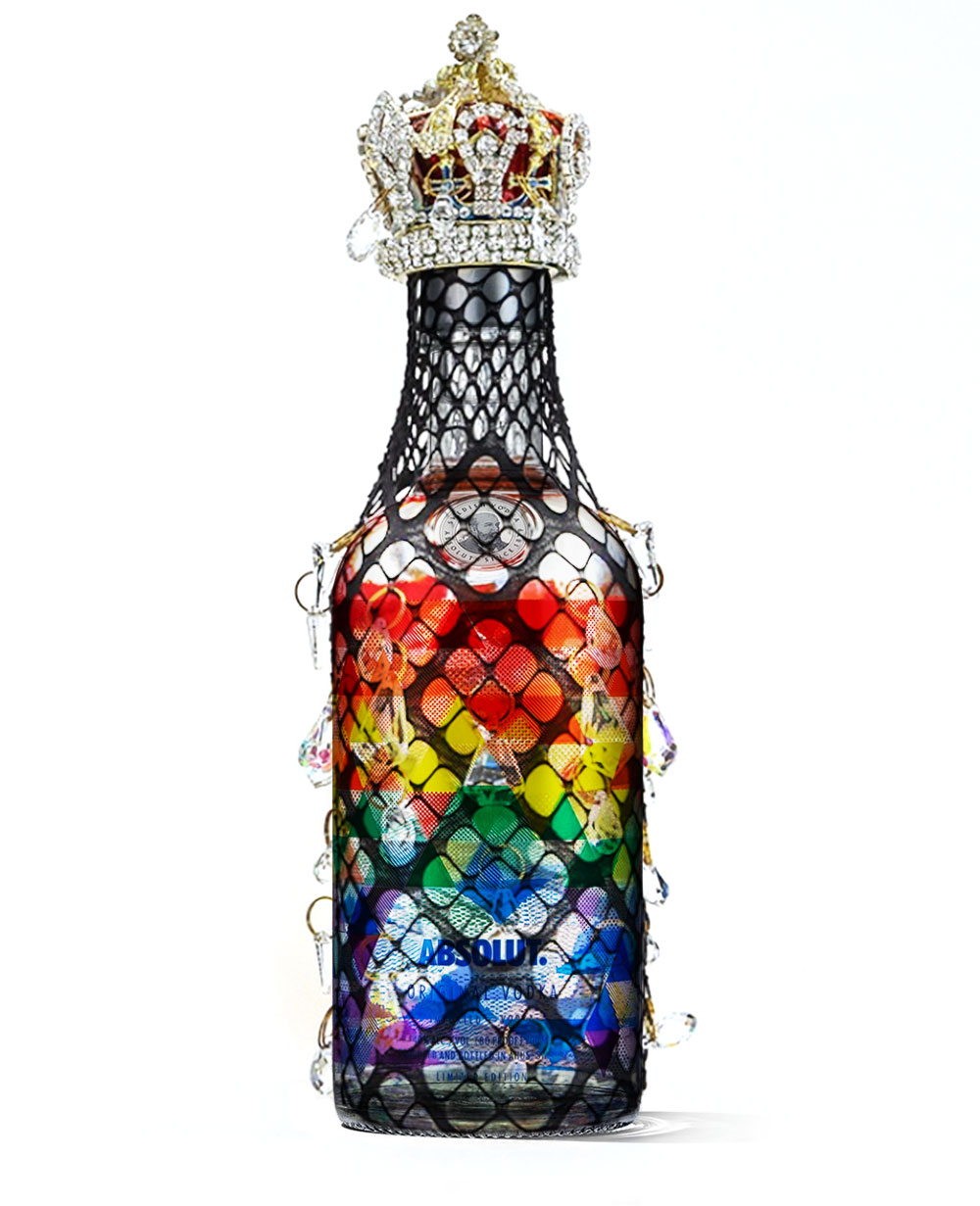 Designed by British womenswear designer Ed Marler.
Ed Marler has wrapped the Mix bottle in shnet and adorned it with gems and a crown.
This bottle is one of the 12 limited edition bottle for the Absolut Mix Stonewall Charity. The one of a kind bottle designs are being auctioned o in honor of London Pride 2016 with 100% of the proceeds going directly to support the UK’s leading LGBT equality charity Stonewall.

Do you have suggestions?